Just in case our narcissist-in-chief didn't know,
This is the Flag of the United States of America. 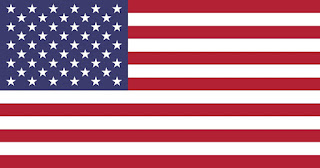 This is an 'obamanation' that costs $35 from the Obama for America store. 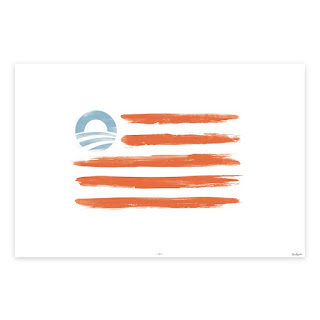 What President would put his own logo on a U.S. flag? Redesigning our flag to include his own re-election emblem is about as arrogant and narcissistic as someone can get!
How about showing some pride in our country on occasion instead of apologizing for it all the time!

And for the Democrats that thought THIS was a good idea 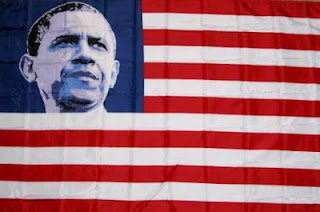 This desecration of 'Old Glory' flew above the Democratic Party Headquarters in Lake county Florida until some Veterans groups complained.

Jim Croce wrote and sang, "You don't step on Superman's cape", But IMHO you DON'T desecrate the Stars and Stripes especially for your own self masturbatory promotion.

Waiting for the 'Blame Game' to start

Well Mayor Lies-to-you is about to let loose with another one.
Let me start at the beginning, about three weeks ago, the administration made a very decent contract offer to the FD (which we accepted and the city signed).
I thought it was odd that our dictator would make a decent contract offer 2 years before our contract expired. I still think it was odd.
NOW, however, the dictator is screaming city poverty and he wants to renege on the contract (that they JUST signed!!). Basically he wants everything he promised us just 3 weeks ago and A LOT MORE.

Yeah, I believe.
Maybe the city wouldn't be broke if you had refrained from paying your buddy, JJ, THREE HUNDRED DOLLARS AN HOUR!!!

Maybe the city wouldn't be broke if you had refrained from spending FIVE THOUSAND DOLLARS A MONTH ON BARRACADES. Wow, I bet you the rental company was a faithful campaign donor.

Maybe the city wouldn't be broke if you had refrained from STEALING GAS. 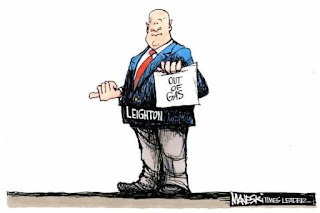 Maybe the city wouldn't be broke if you had refrained from SPENDING MONEY ON THAT NEAR WORTHLESS CAMERA SYSTEM (that has the same megapixals as a 10 year old cell phone).

Maybe the city wouldn't be broke if you had refrained from buying a NEW jeep for the man who ABUSED OUR GAS PUMPS JUST LIKE YOU DID. 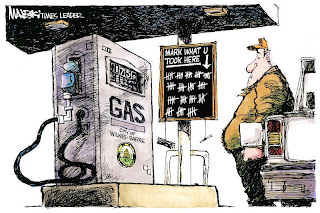 Maybe the city wouldn't be broke if you had stopped council from going on taxpayer paid vacations.... ESPECIALLY WHEN THEY ONLY HAVE 7 WEEKS LEFT IN OFFICE (Hey council, how's all that 'help' from the good Tony Thomas going?) 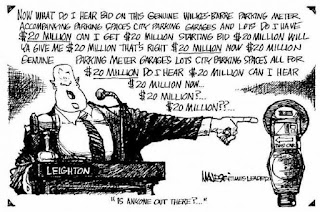 I can't wait for the dictators inevitable, "The city's unions are too blame, they won't work with me" speech.

Maybe Tommy Boy should remember that one union (AND ONLY ONE) MADE HUGE CONCESSIONS when he came into office and screamed that the city is broke. That totaled 3.5 MILLION DOLLARS over 7 years.

I bet Tommy boy will give the 'unions bad' speech and then be 'on vacation' or unavailable for a few council meetings.

At least Leighton is trying to sell 'the bus with no title and never went anywhere'. Hmmm, that's a bit of a mouthful. I think I'll just call it 'Leighton's special bus'.


Dan Emplit WBFD
AKA Don Quixote
Posted by WBFF088 at 5:08 PM No comments:


The keynote speaker, San Antonio Mayor Julian Castro, also said there have been 4.5 million “new jobs” under Obama.
Actually it is 4 million. And the economy has lost over 4.3 million in the same time. there is a net decrease of 316,000 jobs

A Democratic governor said Romney “left his state 47th out of 50 in job growth.”
Actually, In the year before Romney took office, the state ranked 50th in job creation, and by his final year, the state ranked 28th.


Illinois Gov. Pat Quinn made the misleading claim that Romney “added $2.6 billion in debt.”
That’s a reference to long-term bond debt, used for capital improvements, such as paving roads, building bridges and repairing public college buildings and courthouses.
To be sure, long-term debt increased by $2.7 billion during Romney’s tenure. But that’s nothing out of the ordinary. It increased by $4 billion in the four years before Romney took office.

Now to Obama & Biden themselves.

Obama boasted that his plan would cut the deficit by $4 trillion over 10 years, citing “independent experts.”
But one such analyst called a key element of the plan a “gimmick.”


The president said U.S. automakers are “back on top of the world.”
GM has slipped back to No. 2 and is headed for third place in global sales this year, behind Toyota and Volkswagen.

Biden said “the experts” concluded Romney’s corporate tax plan would create 800,000 jobs in other countries.
One expert said that. She also said the number depends on the details, and foreign jobs could grow without costing the U.S. jobs.

Obama quoted Romney as saying it was “tragic” to “end the war in Iraq.”
What Romney was criticizing was the pace of Obama’s troop withdrawal, not ending the war. Criticizing the “precipitous” pace of withdrawal and the president’s failure to leave a residual force in Iraq is a far cry from calling the end of the war in Iraq 'tragic.'


Many of these facts shamelessly taken from factcheck.org


Obama has compiled more debt under his watch than Bush did in two terms and more than any previous President of the U.S., from Washington to Clinton combined.

The definition of 'hypocritical' should be "See Obama".

"We've Heard It All Before" (Extended Cut)