The 4 gun control measures that failed to pass

I'm getting sick of the lies that the Main Stream Media has been putting out about the 4 gun control amendments that the Senate did not pass on Monday.
They keep blaming the NRA for it. Let's look at what the votes were. Most of this info comes from CNN. Most of the votes followed party lines.
First a proposal by by Sen. Chuck Grassley, R-Iowa,
It would enhance funding for the existing gun background check system (NICS) which needed 60 votes to pass. It would have required states to add more information on mental health issues and would have had provisions for alerting the police if anyone who has been on the Terror watch list (in the last 5 years) buys a firearm.
The final vote tally was 53 to 47. This was shot down by the DEMOCRATS.

The second vote was on a measure by Sen. Chris Murphy, D-Conn.,
It would have expanded gun background checks and close the so-called gun show loophole (which is as real as a pink unicorn) where firearm purchases are not tracked. Because criminals can't buy from licensed dealers.
The final vote tally was 44 to 56. This is 'feel good' legislation and was shot down by Republicans.

The third vote was from Sen. John Cornyn , R-Texas,
This would allow the government to delay a gun sale to a suspected terrorist for 3 business days, but require federal prosecutors to go to court to show probable cause. If they could prove it, then the sale would be blocked permanently (The National Rifle Associated backed this legislation).
It failed in a final vote of 53 to 47 by DEMOCRATS.

The final measure was by Sen. Dianne Feinstein, D-Calif.,
It would keep people on a government terrorism watch list or other suspected terrorists from buying guns. The Justice Department endorsed her legislation, but it would have violate due process! Making it UNCONSTITUTIONAL. This had ZERO possibility of being passed because of that alone.
It also failed with a final vote count of 47 to 53. Shot down by Republicans.

Even if the Senate passed any of these they would've found HEAVY opposition in the House.

Now to my thoughts, the ONLY one of these that I had ANY support for was the third one, proposed by Sen. Cornyn. It is an elegant compromise that respected our rights. I don't support any legislation that accuses people without notifying them and makes it all but impossible to prove your innocence. At one time we were ALL innocent until PROVEN guilty. 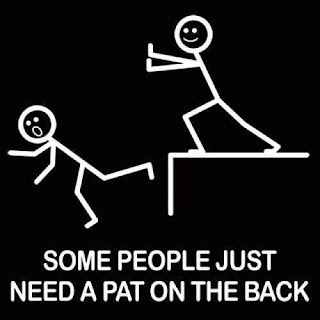