Rolling Stone Ragazine, in it's continuing stupidity, has an article listing "The 5 most dangerous Guns"!!!!!! DUM, DUM, DUM ...........DUMB.
This article is SO MORONIC it sucks IQ points out of the room. At least they're consistent in their incompetence.

Let's take a look, shall we?
Number one is....... Pistols.
Wait.... what? No. They wouldn't just list basic types of firearms in their anti gun crusade? You know, to paint ALL guns as BAD? Would they? Yep.

Number two is Revolvers.
Yep no surprise there... Well actually, I was surprised. I expected the insidious 'assault weapon'.

Number three is Rifles!
"According to FBI latest publicly available homicide records, in 2012 rifles were used to murder more than 320 people."
Also in 2012 Blunt objects (clubs, hammers, etc.) were used to murder 518 people and Personal weapons (hands, fists, feet, etc.)  a further 678. Obviously RSM couldn't give a rat's $hit about those 1196 people. They don't fit into RSM's agenda.

Number four is Shotguns
"Additionally, the explosive that creates the energy to fire the gun occurs in the fixed shell of a shotgun rather than the metallic cartridge of a rifle.
Per the FBI, shotguns were used in 303 murders in 2012."
RSM, learn a little (at least) about what you are talking about. Modern gunpowder does not 'explode', it burns at a VERY fast rate, producing expanding gas that force the bullet or shot down the barrel.
Also, if you add both the rifle number (320) and the shotgun number (303) it comes out to 623. Still less than hands, fists, feet, etc at 678.

Number five is Derringers
Yep. Derringers. I can honestly say I have never even seen one fired, I know of no one who owns one and I have never heard of one being used in modern times. So why add it? It fits their 'all guns are EVUL' agenda. Bias in the media is nothing surprising...I just didn't think anyone put that level of ham-fisted propaganda in print outside of North Korea.
FBI stats from here

Rolling Stone Ragazine, I mean magazine (to save typing it will be RSM here), is on a one rag fight against gun rights. At least that is my take. They've already show bad judgement with putting the douche bag known as Dzhokhar Tsarnaev (aka the surviving Boston Bomber) on the cover. Glamorizing the terrorist when they could have centered on the heroes who risked everything to help the victims.
Enough about that lets look at one of shots in their 'war' on firearms.
The first article is "How to Beat the NRA In 7 (Not-So-Easy) Steps"
1. Commit to a Generation-Long Battle
Why because legal gun owners are tired of gun laws that do nothing but disarm LEGAL GUN OWNERS.
Oh and I loved this one, "But thanks to the NRA's relentless efforts, Illinois last year became the 50th state to pass legislation allowing its residents to pack heat." Show me a single state that has 'turned into the Wild West' (the favorite argument that anti gun people use against concealed-carry), It has the OPPOSITE effect.

2. Think Federally. Act Locally.
"Rural and red-state America are vastly over-represented in Congress, and so too are their pro-gun views."
So, if people don't share your liberal views, then we should ignore the way our government is constructed. You know, to give EQUAL power to ALL. Hey RSM if you don't like the way the U.S. government is structured...... wait for it........ MOVE.

4. Act, Don't Dither
"When catastrophic events like Newtown unfold, there's an impulse from many elected officials to slow down, to gather facts, to ensure that cooler heads prevail. Politically, this is why gun-control dies."
Wait, this rag is saying to use an emotional response and not use FACTS???! Slowing down and gathering FACTS is exactly what should be done. I don't want (and I don't think anyone sane wants) laws passed or rights changed on a whim! BTW gun control dies because THE PEOPLE want it to die.

5. Bring Big Money to the Table
"But the emergence of billionaire Michael Bloomberg as the gun-control movement's money man has been a game changer. Last year, on the strength of $12 million from Bloomberg himself, gun-control advocates outspent gun-rights groups on television by a margin of 7-to-1."
And they STILL lost, because THE PEOPLE do not want more laws that are useless at stopping crime but enable criminals.
BTW "If you don't know who Michael Bloomberg is (he is in charge of 'Everytown for Gun Safety', 'Moms Demand Action' & 'Mayors Against Illegal Guns') was the mayor of New York city for 3 terms and he's also the dude who bullied VERY anti gun Bermuda into allowing his bodyguards to carry firearms while there. Hell, most of Bermudas police aren't allowed firearms! But hypocrite Bloomberg NEEDS armed guards. Why? IDK, If Bloomberg was right about gun control, then Bermuda (with its draconian gun laws) should be one of the safest places on Earth. Why would his bodyguards NEED to be armed?"

6. Think Bigger than Mayors, Moms, and Martyrs
"The NRA wins because it's a massive organization with a national focus, a storied history, simple branding — not to mention a constitutional amendment in its back pocket."
Hey LOOK, ACTUAL FACTS in this 'article'! The NRA is a "massive organisation" because a massive number of people believe in protecting the right to own and carry firearms.
"Until very recently, gun-control forces have been balkanized among disparate groups centered on mayors, mothers, and martyrs".
Like Mayors against illegal guns, Everytown for Gun Safety and Moms demand action..... All of which are Bloomberg's.  Yeah, that guy AGAIN. Not so 'balkanized'.

7. Prepare for Setbacks — and for Payback
"A greater menace than legal setbacks is, as we alluded to in step number 5, the political payback the NRA seeks to exact. In the wake of post-Newtown and Aurora reforms, the NRA has already drawn blood. It led a successful September special-election recall of two state legislators in Colorado who voted to expand gun-control in March 2013, strengthening background checks and limiting magazines to 15 rounds. It was a well-funded fight on both sides, with Bloomberg and the NRA each ponying up about $350,000. Ultimately the NRA won in a low-turnout election where its grassroots power tipped the scales."
Wait, just so I understand, RSM is whining because 2 state legislators that were anti gun got recalled. LEGALLY. RSM, you might want to wash the sand out of your diapers. 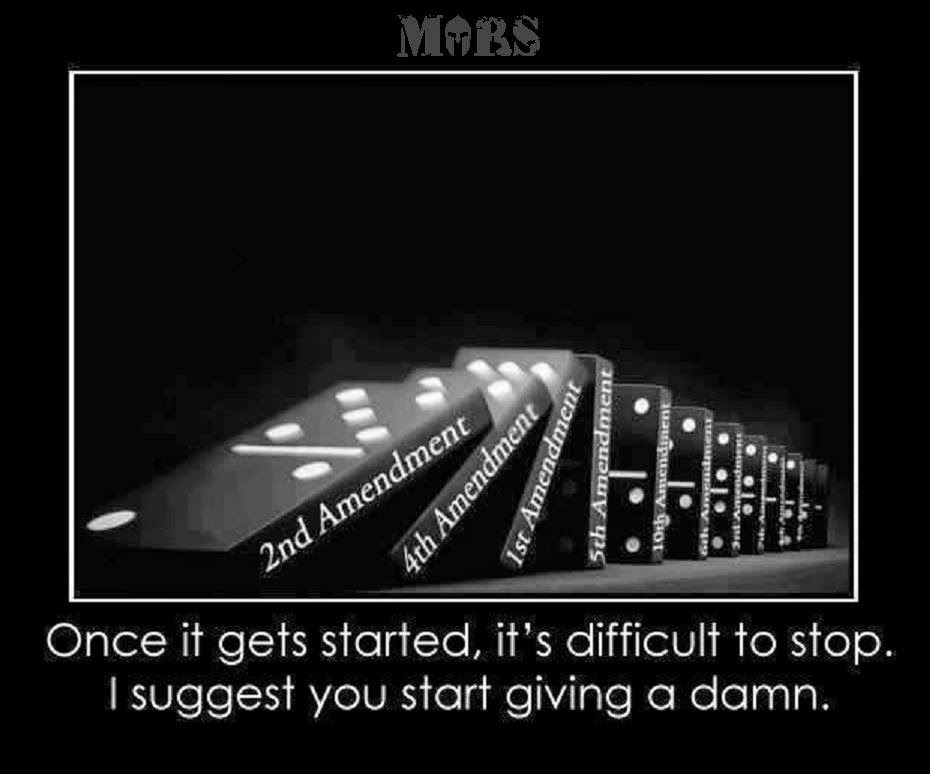 That 40% lie keeps coming up.... and maybe that was the plan

Last year President Obama quoted a figure, "40 percent of all gun purchases take place without a background check.”
And that number keeps coming up. I think that was the plan, because who would think that THE PRESIDENT OF THE UNITED STATES would, ummm, 'be inaccurate' on national TV, with a prepared speech, and with something that can be easily checked by ANYONE with access to the internet?

Anyone want to know just how 'bogus' this claim is?
1. First off the study was published in 1997, so he was quoting a 15 year old study (Outdated).
2. The study was from 1991 to 1994, with 20 year old data (Very outdated).
3. The Study was a telephone survey. (Not the most accurate way of collecting data)
4. Of 251 people, that's right, ONLY 251 people. (A tiny sampling makes for BAD data)
5. The NICS system (National Instant Criminal Background Check System) was mandated by the Brady Handgun Violence Prevention Act (Brady Law) of 1993 and launched by the Federal Bureau of Investigation (FBI) in 1998. (Inconsequential, the laws had changed since the study)
6. The actual number was 35.7%, NOT 40% (Artificially inflated).
7. The 36%, see I rounded it off the RIGHT way, was for ALL transfers, not just sales. (A lie by misrepresentation)
8. If you take away the 'non sales' transfers, you come up with 26.4% with only 14% not going through federally licensed dealers. (A far cry from that 40% number)
9. One of the authors of the study, Philip Cook of Duke University, has been quoted as saying,  "This survey was done almost 20 years ago. … It’s clear there are a lot of transactions that are not through dealers. How many, we’re not really clear on it. … We would say it’s a very old number." (Even one of the Authors thinks it is out of date)
10. One expert, David Kopel at the University of Denver law school, said he doesn’t think the figure was ever accurate because of what the survey actually asked.
"The study did not say whether there was a background check on the sale. It asked the buyer, do you think there was? So some buyers may have known, some may not have known," Kopel said. "All it measured was buyer perception, not whether a check actually occurred." (Buyer perception and memory, not facts)
11. Criminals don't buy guns from vendors BECAUSE vendors ALREADY do a background check! Even dealers at gun shows have to use it! See the National Instant Criminal Background Check System link above. (So how would more laws, making it more difficult for a law abiding citizen, make things better when criminals do not abide the laws already in place or buy guns from dealers?)

My overall take on this, Obama used the 40% number as if it is current, accurate and true to push his agenda. In short the lie told to us was,
Outdated, very outdated, inaccurately collected, tiny sampling, inconsequential because of newer laws, artificially inflated, misrepresented, an outright lie, discredited by one of the authors, not based on facts and useless for stopping crimes.
No one should be surprised that he told us a HUGE lie.

Remember, the FBI has stated the 1994 assault weapons ban did NOTHING to stop ANY shootings. 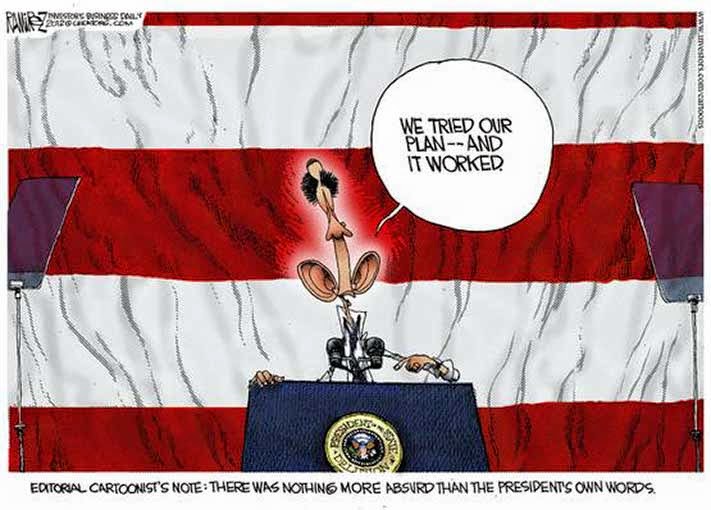 Anti-gun politicians like to point to Australia as an example. It has a 'mass murder' rate of 0.0042 per 100,000.
And then they ignore New Zealand. New Zealand doesn't have Australia's anti gun laws and has an inconsequentially (numerically) higher rate of 0.0050 per 100,000. 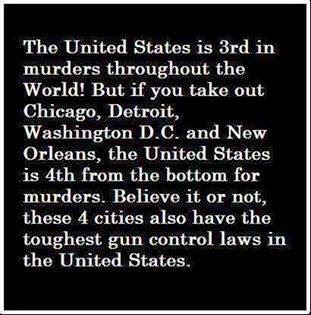