With a murder rate that crushes Philly's, this idiot wants to make it harder for law abiding people to be able to defend themselves!!!?

From $20 to $150!!! And he expects the same sales for 2014, when a good portion of the sales this year were because of the Obama Ammopocalypse. There will be much fewer permits sold in 2014 because everyone who wanted one ALREADY got them!
I think he believes people on a fixed income shouldn't be allowed to defend themselves.
Let's remember Councilman Rick Morrelli when re election time comes around. 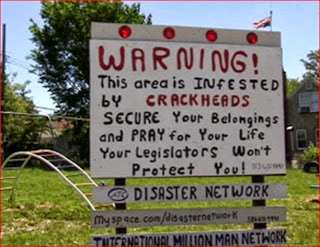 "My goal is to hire at least 10 new officers in 2014, but we will closely monitor the strength of city finances to hire as many officers as the general fund can afford," Leighton said during his budget presentation at city hall.
This is a GOAL. Not a promise (that no one with an IQ above 20 would believe). It is a 'GOAL'.
It would be a good start, I will give him that. A better start would be increasing the PD to the pre Leighton levels of 91 officers.

Our nightmares aren't keeping up with our reality.

Dan Emplit WBFD
AKA Don Quixote
Posted by WBFF088 at 1:16 PM No comments:

Obamacare: More Than a Glitch

Never Stand in a Veteran's Way 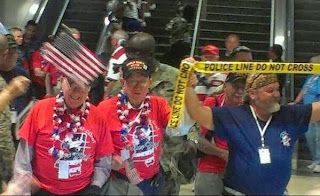 The government is closed every Saturday and Sunday, and every federal holiday, but they never barricaded the WWII memorial...
Why are they do it now? It seems very much like 'Do what I want or I will shame you with the media coverage.'
Mr. President, GROW UP. No one is going to stop Vets from visiting monuments dedicated TO Vets.