Normally I use this page to tell how the Mayor is using the fire dept like a baby uses a diaper, well today I'm going to point out that the city council has done nothing to stop him. One, with the initials KK, even told a lady who was worried that all this is about the fire fighters wanting more overtime.... WHAT??! That lying B.... bad lady. We are trying to get more men hired which would LOWER Overtime.
This is it. It is time to put some facts about our city council out there. The council gets full time benefits and full time retirement for working, Get this 17 'work' sessions, 17 regular Sessions and 3 combined sessions, PER YEAR!! None of which are more than a couple hours long and the Regular sessions, where the public can speak, are only about 1 hour long and the public is only allowed 5 minutes per speaker!!! To this a gas allowance while (I can't prove this one, yet) actually getting their gas form DPW! $13,500 a year with a possible $2400 a year health care buy out (of which 4 take it).
A Part time job with full time benefits and these 'people' will not speak up! I want to know where they stand on taking Engine 3 out of service. People It is time to make the council members state where they stand on the truly important issues! Start demanding they publicly state where they stand.
Enough ranting for now,

Repost of some facts

I have added up the calls for Engine 3 in 2009. A total call number of 1002 for the year, 430 of them were medical calls.
This means that the vast majority of the call volume will be on Engine 1 (with the increase in wear and tear that has already been the subject of dept memos), and the rest having to be answered by Engine 2 from Hollenback.

Engine 2 was on a call on Connyngham St and had to break off to go to the Monroe St fire, it took 10 minutes (even though the engine was closer to Monroe St than Hollenback station is).
1. One man had to carry and set a 24 ft ladder BY HIMSELF!
2. The Chief and Paramedic had to connect the 5 inch water supply line to the hydrant (Instead of doing the jobs they should have)
3. Engine 1 ran out of water


The present numbers are unsafe for citizens and firefighters!

Thank God no one was in the structure.

When, not if, the mayor closes and sells South Fire Station (He won't keep it open with just an ambulance there). Just remember Medic 3 went on 3396 EMS calls last year (doesn't include fire calls). There were 313 EMS calls Medic 3 went on in January alone.

The Mayor is depending on you not looking to closely at this!

17 per shift is not a number pulled out of someone imagination! It is the NATIONAL STANDARD for MINIMUM Staffing!

If anyone out ther was unsure 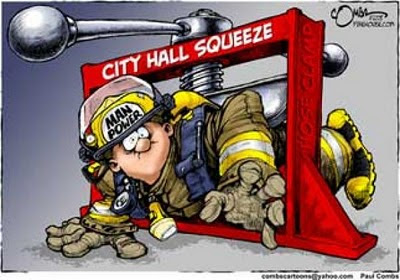 If anyone out ther was unsure that Leighton will be on his way out , well the numbers don't lie.

Well, The debate yesterday went off as planned. I didn't get to go, 'cause I was working, but I saw the news at 11. Yudacheck is right Leighton gets mad and makes vague threats when confronted. I have been the target of one or two.

After I confronted council about the serious danger of lowering the FD manning, Leighton said, and this is as close to a quote as I can get, "I can have volunteers in the engine houses tomorrow!"

This should not surprise me. When Leighton first became mayor a councilman that I won't name without his permission told me Leighton was just as vindictive as McGroarty.

When the elections come around, if you are not sure who to vote for, Maybe you should look to who to vote against. What a situation we are in when we have to do that.


I was asked what my 'rules' in life were, so here they are:

My Rules
Never date someone who eats more than you
Never date someone you can't get away from
Never date a coworker
Never date someone who weighs more than you
Never screw over your partner or friends
Don't believe what you're told. Double check
The best way to keep a secret? Keep it to yourself. Second best? Tell one other person - if you must. There is no third best
Always be specific when you lie
Never take anything for granted
Respect is a birthright, God help those who lose it
If you don't write it down then it never happened
Never cheat on your girlfriend
If they cheated with you they will cheat on you
If they cheated once they will cheat again
Watching and listening will tell you more than talking
Posted by WBFF088 at 7:45 PM No comments: 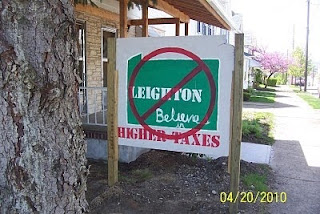 
Was on the 2 big accidents yesterday. The young man who was killed on the cross valley and the roll over early this morning.
Posted by WBFF088 at 5:20 PM No comments: