I think I'm in love.

BTW her name is Courtney Hope.

The last TRUE anniversary of the Doolittle Raid

On April 18th, 1942 the United States launched the first attack that hit mainland Japan. It was a much needed morale boost for the United States. The Japanese attack on Pearl Harbor was only 5 months before, and the U.S. was not doing well in the war. Something had to be done.
Enter Navy Captain Francis Low, Assistant Chief of Staff for anti-submarine warfare. Most believe that Lieutenant Colonel James "Jimmy" Doolittle of the U.S. Army Air Forces came up with the plan. He did not, he hammered out the detail and MADE the idea work.

The plan? To fly Army Air force (The U.S. Air Force was not a separate branch of the military until September 18, 1947) medium bombers off of carriers and strike mainland Japan at the extreme limit of the bombers range, landing at bases in China (The bombers were MUCH too heavy to land on a carrier). Doesn't sound like that big a deal, does it? Well the heavy U.S. Navy planes that routinely took off from carriers weighed in at less than 9,500 pounds fully loaded. The medium bombers that were used (The B-25 Mitchell) weighed in at 19,500 pounds EMPTY! 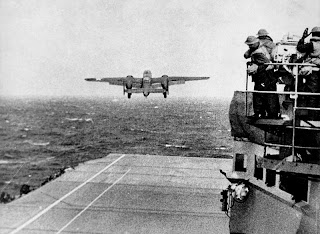 Add to this, the task force being sighted by a Japanese patrol craft, which radioed an attack warning to Japan. This meant that the raid was either going to launch 10 hours early and 170 nautical miles farther from Japan than planned or be aborted. 170 nautical miles farther than their planes range. They could hit the targets, but probably would not reach China. They went anyway.
Somehow, they made it work.
And after the war the surviving heroes from this raid made a pact. They have held a reunion each April, in a different city, to commemorate the mission. In 1959, the city of Tucson, Arizona, as a gesture of respect and gratitude, presented the Doolittle Raiders with a set of 80 silver goblets. Each goblet was engraved with the name of a Raider. Every year, a wooden display case bearing all 80 goblets is transported to the reunion city. Each time a Raider passes away, his goblet is turned upside down in the case at the next reunion, as his old friends bear solemn witness.
Also in the wooden case is a bottle of 1896 Hennessy Very Special cognac. The year is not happenstance: 1896 was when Jimmy Doolittle was born.

When only two were left, they would open it and drink to their friends.
As of right now, only four remain. Dick Cole (Doolittle's co-pilot on the Tokyo raid), Robert Hite, Edward Saylor and David Thatcher. All are in their 90s. They have decided that there are too few of them for the public reunions to continue.

The town of Fort Walton Beach (They train for the mission at nearby Eglin Field) is planning to do all it can to honor the men, a six-day celebration of their valor. At the end of which, they will fill the four remaining upturned goblets.
And toast the comrades that have gone to their rest.

Well, I see Leighton's 'Special Bus' is in the paper. They're a little slow on reacting to tips. I know because I posted about the Bus (and sent them a link) back in January 2012. 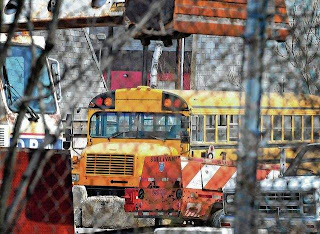 ^ This pic is from The Times Leader.
By the way my pictures are better than the papers. 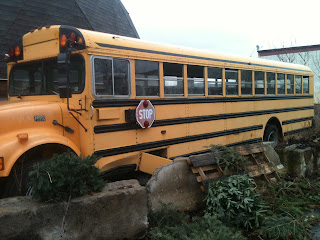 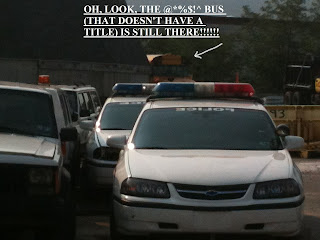 Because this picture was taken in August 2012.

Oh and, just for your information, the "2006 Chevrolet Cargo Van for $18,000 from United Sanitation, a company owned by LAG Towing contractor Leo Glodzik III" WASN'T returned because the city "could not obtain the title", It was returned because a friend of mine applied for a 'right-to-know' for the van's information. I've also been told the van "which was to be used by the health department and animal control" WAS being used for Animal control. That would be against the law, but with current events, I doubt that would stop the city. 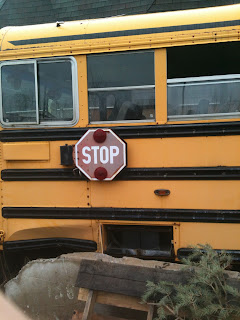 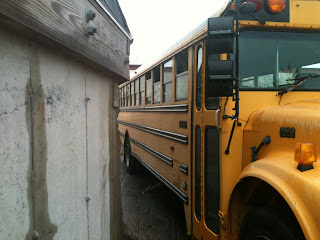 And Yes, I'm back after my little vacation.

1. Why not stay on the 'safe' side of the fence and stab as many as possible BEFORE going in?

2. Beheading IS NOT that easy.

3. If smearing blood on a fence makes walkers lick the fence (even with the person in front of them) then WHY AREN'T THE WALKERS TRYING TO BITE THE PERSONS FINGERS

4. Why the HELL is Hershel (the ONLY one in the group with advanced medical training) going in harms way?

8. The prison crew can make 80 yard headshots on walkers with a handgun but can't hit a man who is NOT moving and standing in the open at 75 feet!

9. Since when did flimsy file cabinets become bullet proof? Even an M-4's 5.56 (.223) rounds will go through a cinder block but evidently be stopped by thin sheet metal.

10. And why did Axel's body suddenly be able to stop rifle rounds? (for those that don't know it, bullets tend to over-penetrate) At that distance a 7.62x51mm round (.308 for civilians) would STILL BE SUPERSONIC when exiting Axel's body!!!

11. Hey Rick, bet you wished you had listened to me complain about carrying a 6 shooter when you have 17 round Glocks.

12. Also how about actually carrying a few spare magazines while you ARE OUTSIDE THE FENCE.

13. Hey gang, a truck just rammed through your fence... You might want TO SHOOT THE DRIVER instead of just standing there, staring.

14. During Woodbury's assault on the prison, Rick fires 3 rounds from his revolver. Then runs dry. Is he really stupid enough to go outside the fence and only have 3 rounds in his revolver?!

15. Beating a walker with the barrel of your revolver is a good way to ruin the front sight. And WHERE would you get that fixed?

16. Maggie the walkers inside the fence (after Woodbury's assault), don't waste your limited ammo by going full auto on them.

17. Rick Dropping that M-4 isn't a good idea, you're going to need it to fight the next assault.

18. Andrea shot herself with a revolver, Why was there the sound of brass hitting the floor? (BTW if you don't know, revolvers don't eject brass)

19. Maggie & Glenn, the Woodbury crew tried to kill you, Why are you wasting your finite ammunition trying to scare them off? The '80's called, the A-Team want their shtick back. 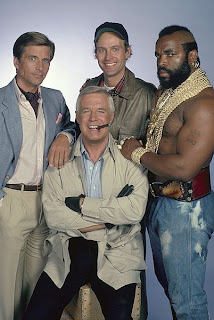 20. The Governor killing his own people. 24 of them. Without reloading his rifle which has a 30 round magazine. Or aiming. I call bull$hit.

22. Hey Allen, the Gov just killed almost everyone you were with. You might want to shoot him before.... Nevermind too late. Good riddance.

23. A .50 cal against zombies? Really, Overkill much? Also just because it's a .50 doesn't mean it's going to magically make headshot after headshot while firing in full auto.