When an armed Colorado Springs man entered his facility and took two female employees hostage, a doctor with a carry permit took up his pistol from its storage place in the office and covered an exit while 50 people escaped from the building and the potentially deadly situation. Police arrived a short time later and entered into negotiations with the gunman, attempting a peaceful resolution. Unfortunately, it was not to be, as police later shot and killed the gunman after negotiations ended in a confrontation. The two hostages were unharmed. The 50 people able to escape the building were thankful that the physician was armed as well as willing and able to use the weapon in their defense. 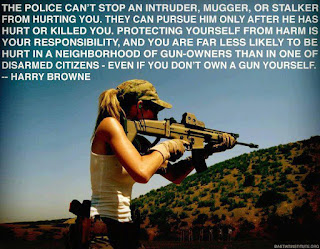 THE PROBLEM IS NOT GUN LAWS


‘THE PROBLEM IS NOT GUN LAWS’: WATCH THE EMOTIONAL SPEECH BY A SANDY HOOK VICTIM’S DAD THAT GOT A STANDING OVATION

Parents of children killed at Sandy Hook Elementary School appeared before a subcommittee of the Connecticut Legislature on Monday to speak about gun control. While some used the platform to promote stricter firearms legislation, at least one parent became passionate, claiming that there are more than enough laws on the books, that current regulations simply need to be enforced and that the nation needs to embrace personal responsibility.

Mark Mattioli, whose six-year-old son James perished inside of the school, testified that a plethora of new gun laws isn’t the answer and that, instead, personal responsibility, accountability and civility are the best path forward. He made his comments as intense debate surrounding gun control and the causal factors behind the shooting continue to be at the forefront of public discussion.

“How do we expect to have any impact on a society and say, ‘We’re going to pass a law. Hey this is inexcusable. We can’t allow any more of this. Let’s pass a law that will change the course of the future’ when we don’t enforce the laws that we have on the books — the most important laws?,” he asked.

“I think there’s much more promise for a solution in identifying, researching and creating solutions along the lines of mental health issues — I think there’s a lot of work that can be done there,” he said. ”I believe the solution may not be as easy to implement as I might hope, but it’s a simple concept. We need civility across our nation.”

At one point Mattioli got so emotional during the the testimony that he had to move onto a new topic. He eventually went on to say that “we need common decency to prevail,” dismissing calls for greater gun control. Mattioli gave the specific example of Chicago, a city with tough gun laws, but one that continues to experience intense violence. He noted that gun laws did not protect the hundreds of people who died in that city last year.


I still don't see how more laws will make any difference to the bad guys. I do however see how it will make a difference to the good guys.
Laws requiring gun owners to have liability insurance and ammunition taxes only harm lawful gun owners.
Good people should be able to choose the size of magazine and type of firearm to defend themselves.
WE didn't pull that trigger. A deranged madman did.

Here's one for the anti gun crowd
Link
Link

The most dangerous thing for firefighters is a shortage of manpower

Of all the physical challenges career firefighters must endure - roller coaster cortisol levels, extreme exertion in hostile environments, and a panoply of occupational injuries and diseases, to name a few -the greatest threat is short-staffing, for the obvious reason that it just makes everything else that much worse. But there are some not-so-obvious reasons as well. Things that need to be discussed openly in cities like Wilkes-Barre in the face of a persistent trend toward fire department on-duty manpower reduction, along with fire stations closing and fire engines being put out of service, often permanently.

Fundamental to any such discussion is the understanding that there are basically two very different modes or styles of fire fighting - aggressive interior attack (firefighters call this "balls to the wall") and defensive containment (firefighters call this "surround and drown" or "putting on a water show") with an emphasis on protecting nearby, at-risk structures (called "exposures") while the fire is extinguished from a safe distance. Ideally, the latter approach is used only for low value, abandoned buildings where no civilian lives are at stake. Some fire departments, typically rural volunteer organizations, must employ the defensive mode more often than they would prefer to because of manpower constraints and equipment limitations (i.e. no fire hydrants). The big advantage of a paid municipal department like Wilkes-Barre is that it can go either way - defensive or offensive - as required, assuming it has the necessary on-duty manpower, debatable as things now stand.

Why, we might ask ourselves, is the style of firefighting used so heavily dependent on manpower? This answer is simple. Despite revolutionary improvements in communications and equipment over the years, firefighting has remained a very labor-intensive occupation. Firefighters call this, "putting the wet stuff on the red stuff." And for this they don't need a 1,500 gallon per minute pump as much as they need another firefighter on the nozzle beside them. Or at least someone close enough to assist should they encounter trouble. And trouble is encountered on virtually every interior fire attack, it's just a matter of degree.

The entire nation witnessed a horrifying example of what can happen in aggressive firefighting on 9/11, with the collapse of the Twin Towers. Many lives were lost, but a significant number were saved, at great cost, by a courageous New York City Fire Department. This potential for disaster, on a smaller scale, exists everywhere firefighters attack fire aggressively, with personal safety taking a back seat to civilian requirements. This is how firefighting has always been conducted in New York, and the end result was probably a foregone conclusion the moment the towers were struck. The Wilkes-Barre City Fire Department is over 100 years old, was modeled after the New York City Fire Department, enjoys a long tradition of aggressive firefighting where it is appropriate, and has made a huge difference over the years. Lives that could have been saved have been saved. Property that could be protected has been protected, and salvaged as well. Many, many rescues have been performed.

Professional firefighters know this, and they accept it. What they will never accept - what they cannot accept - is being hamstrung at the outset by insufficient on-duty manpower, to a point where aggressive firefighting cannot be successful, where it carries all of the risk and none of the reward. And this in the face of potential disasters that aren't losing any of their potential, even as population shrinks. Think of the high rises (Wilkes-Barre has over thirty), the college dorms, the jails, the hospitals, the movie theaters, the nursing homes, the "tight" neighborhoods where rain gutters nearly touch, and you'll begin to get the picture. And make no mistake - every time fire department on-duty manpower is reduced, morale goes down while risk goes up, for reasons already alluded to. Morale, you shouldn't be surprised to learn, is the single most important "tool" every firefighter possesses. Very little can be accomplished without it, yet when morale is high, the impossible becomes possible, the unthinkable thinkable, the inner reserve of necessary strength and courage unfathomable.

But the Wilkes-Barre City Fire Department has already been cut to the bone. The point of diminishing returns has been reached, and perhaps passed. The city's firefighters are already in a desperate situation - before the alarm sounds. They're running on raw courage and not much else. Any additional reduction of on-duty manpower will only bring preventable disaster that much closer, or require a department-wide tactical shift away from aggressive firefighting toward "water shows" which will eventually produce the same result, and may ultimately prove to be the unkindest cut of all.

Rob Burnside, a retired Captain, is a twenty-year veteran of the Wilkes-Barre City Fire Department (1977-97). 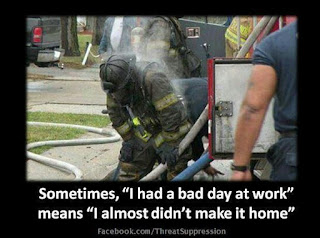 Interesting video showing a Duck hunting shotgun and an AR-15 comparison, I don't agree with all of it but it is interesting non-the-less.


Several people have commented using the buzz words "Armory" & "Arsenal", lets look at those words. To my understanding of these usages, they just mean several firearms. What is wrong with that? I've been shooting for fun for decades and I can tell you this. Contrarily to the mall ninja mentality, you can only shoot one at a time. So what does it matter if they have 2 or 5 or 42 guns? 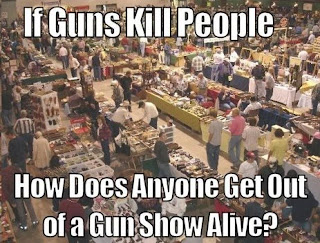 As for the 'it's for future sales' people, What, our future generations shouldn't be allowed to own firearms? even though they have done nothing wrong? I don't believe in taking away rights for something someone MAY do sometime in the future. 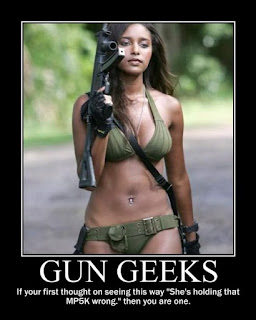 From some of these comments like, "high power weapons" it's obvious that the person knows nothing about firearms. The M-4, modern version of the M-16/AR-15, fires the 5.56 round (basically the .223) this round is used for hunting COYOTES! It is NOT powerful enough for bigger game! So how is this a "high power weapon"? 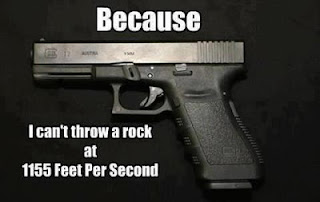 As for the Magazine bans, well Adam Lanza fired as few as 15 rounds per magazine before reloading.
And here is a link to how quickly someone can do a Mag swap.

And a link to a little reported incident where having an armed person in a school saved lives. Don't go by what the media says, My cats know more about firearms than they do.