I've been seeing this moronic meme for a while. 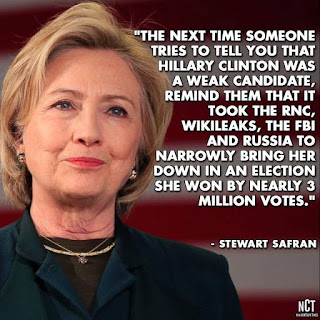 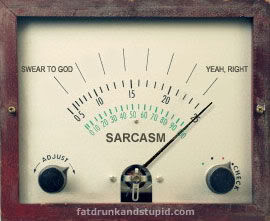 The FBI, How DARE they investigate a Clinton! Let alone let the public KNOW that she was under investigation!

The Russian! OMG they may have given Wikileaks the ILLEGAL Emails! How dare they point out that Hillary was breaking Federal Law!

Let me point out a little fact. If Hillary wasn't ignoring FEDERAL LAW, then none of this would have happened! If none of this had happened, She MAY have won. You are blaming the people that exposed her ILLEGAL actions instead of the person who broke the law!

She may have won the popular vote, but we don't use that to elect our President (if we did we would be 'the United States of California') and Hillary knew this, and still LOST!

I didn't vote FOR Trump. I voted AGAINST Hillary 'Animal Farm' Clinton. Why Animal Farm ? Because she must believe "ALL ANIMALS ARE EQUAL, BUT SOME ANIMALS ARE MORE EQUAL THAN OTHERS". If anyone in our military had done what she did, they would be in Leavonworth prison, making big rocks into little rocks, for the next 20+ years. But, so far, she hasn't even gotten a wrist slap (except losing the election).

If conservatives acted this infantile when Obama won, they would've been crucified. I hate dual standards.