What does it mean to have Situational awareness? 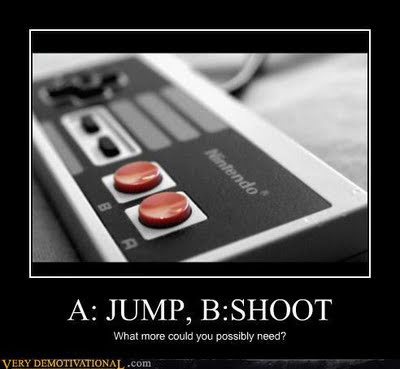 My friend rfizzle sent this.

####
Let me start off by saying that I am not an expert; this is simply something taught to me (in my academy) that I see value in. Recently a few things have brought it to mind and I’ve thought about this write up for a while.

What does it mean to have Situational awareness? How about this Jason Bourne quote from the first movie “I can tell you the license plate numbers of all six cars outside. I can tell you that our waitress is left-handed and the guy sitting up at the counter weighs two hundred fifteen pounds and knows how to handle himself…”
While we all can’t be super spy assassins, we can be aware of our surroundings. My best example of bad situational awareness was a recent transaction I had with a guy from a local gun forum. We were meeting to buy/sell a gun; as usual I gave a vehicle description and a relative idea of where I’d be in a parking lot. He also gave a description of his car, I arrived early and went to the area of the parking lot I said I would. It was a fairly empty lot; I parked in the furthest corner which was completely empty with the nearest car being 75 yards away. I watched as the gentleman arrived and drove around the parking lot, passing me three times in the process. Now remember I’m the only car in that corner (as described to him) and the only car of that description in the lot. I finally got out on his forth pass and waved him down; during the transaction it came out that he teaches concealed carry and many other personal protection classes.
While having a CCW enables you to protect yourself at all times, are you walking into a situation that will force you to do so? Situational awareness boils down to a mental state, one of the best ways I’ve seen this mental state described is by the Mental Color Codes. They are a five step mental condition gauge and taught through out the military and law enforcement, I think the average gun owner could benefit from them as well.

Mental Color Codes:
White: Complete mental unawareness
Best described to me as the Al Bundy; hand down your pants, beer in hand, not a care in the world.

Yellow: Relaxed Alertness
This is the state you should always be in, especially when armed. Being in Yellow means you are aware of your surroundings, it’s not paranoia but alertness.

Orange: Potential Threat Situation
A potential threat has presented it self, you observe the situation and the potential threat. This may be an opportunity to leave or gain a tactical advantage.

Red: Specific Real Threat
The perceived threat is real, you have taken action to avoid the threat and it has failed. You draw a line in the sand and have a plan to take defensive action.

Black: The fight is on
It’s go time, the threat has now crossed the line in the sand, and you must act.

Looking back to my story of the guy in the parking lot it’s easy to see he operates in condition white. When you operate in condition white it is impossible to jump to black, simply because you are unprepared to deal with a threat.

I love this board for many reasons, one of them being that every time I see someone posts a question about buying something gun related, usually the first response is something like: “Training”. I love that as much as some of us love to buy new toys, we all have a respect for training. I’ve been to a couple of classes that have talked about mental preparation, but it’s not as common as it should be.

On a fun note we had training a couple weeks ago with our digital system, essentially it’s a projected video that you can shoot a laser gun at and it somewhat interacts back. The scenario they gave us all was a traffic stop; a young girl in a bikini top gets out of the car and while holder her license in her hand says “I don’t know what I did, but here is my license. Right after she says that the screen went blank and we were asked what we saw, there was a pistol in her car door pocket. About half of us missed it and could only give a description of her…
#### 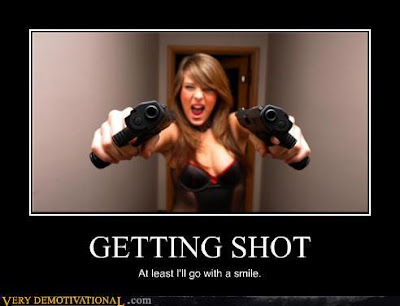 Please note that NONE of the color codes even mention firearms. They simply point out that 'Fortune favors the prepared mind'.

Most people spend their lives in condition White. With the trend of things in Wilkes-Barre, I think it might be better to up that to condition Yellow.