42 crimes in 2 weeks. I take that back. 42 REPORTED crimes.
And let's not forget the big drug bust on Hazle street today. But the dictator claims, "Crime is down." Well when you compare a 12 month period with an 11 month one, it should damn well be down! More of 'his highness' telling HALF truths.

I've been watching this place for a while and it was definitely shady. 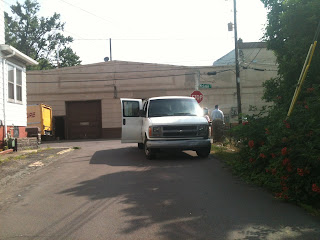 If you see anything that you feel should be reported, GO HERE and write it up. I have.
BTW that is Wilkes-Barre's animal control van. Thanks for blocking a dead end street.