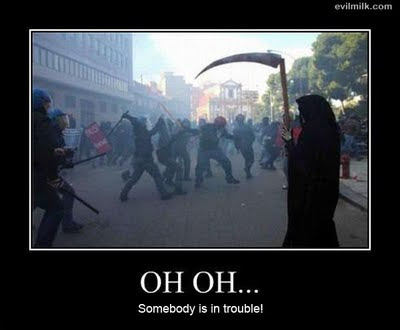 By MATTHEW COLE, JIM SCIUTTO (@jimsciuttoABC) , LEE FERRAN and BRIAN ROSS (@brianross)
May 10, 2011
Pakistani officials said today they're interested in studying the remains of the U.S.'s secret stealth-modified helicopter abandoned during the Navy SEAL raid of Osama bin Laden's compound, and suggested the Chinese are as well.

The U.S. has already asked the Pakistanis for the helicopter wreckage back, but one Pakistani official told ABC News the Chinese were also "very interested" in seeing the remains. Another official said, "We might let them [the Chinese] take a look."

A U.S. official said he did not know if the Pakistanis had offered a peek to the Chinese, but said he would be "shocked" if the Chinese hadn't already been given access to the damaged aircraft.

The chopper, which aviation experts believe to be a highly classified modified version of a Blackhawk helicopter, clipped a wall during the operation that took down the al Qaeda leader, the White House said. The U.S. Navy SEALs that rode in on the bird attempted to destroy it after abandoning it on the ground, but a significant portion of the tail section survived the explosion. In the days after the raid, the tail section and other pieces of debris -- including a mysterious cloth-like covering that the local children found entertaining to play with -- were photographed being hauled away from the crash site by tractor.

Aviation experts said the unusual configuration of the rear rotor, the curious hub-cap like housing around it and the general shape of the bird are all clues the helicopter was highly modified to not only be quiet, but to have as small a radar signature as possible.

The helicopter's remains have apparently become another chip in a tense, high-stakes game of diplomacy between the U.S. and Pakistan following the U.S.'s unilateral military raid of bin Laden's compound in Abbottabad, Pakistan, more than a week ago. The potential technological advancements gleaned from the bird could be a "much appreciated gift" to the Chinese, according to former White House counterterrorism advisor and ABC News consultant Richard Clarke.

"Because Pakistan gets access to Chinese missile technology and other advanced systems, Islamabad is always looking for ways to give China something in return," Clarke said.

Dan Goure, a former Department of Defense official and vice president of the Lexington Institute, said last week the stealth chopper likely provided the SEALs an invaluable advantage in the moments before the shooting started.

"This is a first," he said. "You wouldn't know that it was coming right at you. And that's what's important, because these are coming in fast and low, and if they aren't sounding like they're coming right at you, you might not even react until it's too late... That was clearly part of the success."

Neighbors of bin Laden in Abbottabad, Pakistan, told ABC News they didn't hear the helicopters the night of the raid until they were overhead.

Officials at the U.S. Department of Defense declined to comment for this report, and a senior Pentagon official told ABC News last week the Department would "absolutely not" discuss anything relating to the downed chopper. Several Chinese government officials in the U.S. and in China were not available for comment.

U.S. officials have not officially disclosed any details on the helicopter, but President Obama said it was a "$60 million helicopter," in a report by The Washington Post. While the price tag on normal Blackhawks varies depending the type, none cost more than $20 million according to the latest Department of Defense procurement report.

If the Chinese are allowed to see the wreckage, it may not be the first time the Chinese military was given an opportunity to benefit technologically from America's misfortune. In 1999 an American stealth F-117 Nighthawk bomber was shot down in Serbia, the wreckage of which was reportedly passed along to the Chinese.

More than a decade later, in January of this year, China's first stealth fighter, the J-20, took a test flight that caught international attention and sparked a debate over whether China had developed the stealth-capabilities based on what they learned from the downed Nighthawk. Balkan military officials told The Associated Press the Chinese likely based their designs on the American plane, but Chinese officials denied the allegation in their state-run newspaper, The Global Times.

Regardless of its origins, the J-20 could serve as the first major challenge to American air superiority in decades. In an analysis published last week, the conservative think tank The Jamestown Foundation concluded the J-20 was capable of rivaling America's best air-to-air fighter, the F-22, in everything from speed to stealth and lethality.
#### 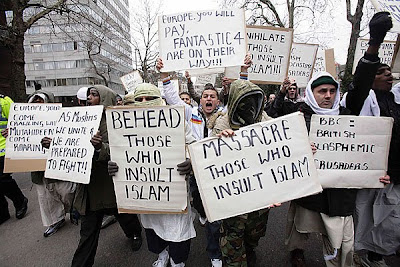 The U.S. gives Pakistan almost $1.3 billion dollars annually. U.S. aid to Pakistan should STOP IMMEDIATELY if the helo parts are NOT returned NOW. $1.3 Billion may only be a drop in the deficit bucket, but I would like that drop to land in OUR bucket if the Pakistan government back stabs us AGAIN.

Sir Salman Rushdie – renowned novelist and essayist, said: "It is time to declare Pakistan a terrorist state and expel it from the comity of nations." Rushdie asked whether the world is to believe Pakistan when it professes its ignorance about Osama's presence on its soil in the very town housing its elite military academy. He stated: "In the aftermath of the raid on Abbottabad, all the big questions need to be answered by Pakistan."

Lebanon's former Prime Minister Saad Hariri said, "Murderers and villains deserve such a fate and the fight against all its [terrorism] shapes and forms should not stop and is first and foremost the responsibility of Arabs and Muslims who have the duty of liberating Islam from its kidnappers", and "the history of our nationalism and Islam will never forgive that man who was a black mark for two decades, filling the minds of youngsters with ideas about terrorism, murder and destruction".

Steve Kroft said on the 8 May 2011 edition of 60 Minutes, "For more than a decade, bin Laden managed to elude the U.S. military and intelligence establishments, and he taunted three U.S. presidents. That finally ended last Sunday, and the last thing bin Laden saw was a Navy SEAL in the third floor bedroom of his compound in Pakistan." According to The Economist, "The silence of the usual critics of 'illegal', 'extrajudicial', targeted killing in the wake of America's killing of Osama bin Laden might reflect hypocrisy, sure. But this can be tough to distinguish from resignation to the fact that Mr Obama didn't submit his case for executing Mr bin Laden to some global civil authority because there isn't one and he didn't have to—because America's the biggest kid on the block and, ultimately, what America says goes. And, if it comes down to it, Britain, France, Italy, Russia and other powerful governments hope America will indulge their own kill-squad adventures with similar approving silences. Of course, if some aggrieved faction in the future seeks retribution through the targeted killing of one of these countries' leaders, that will be raw vengeance, that will be terrorism, that will be an international crime, because, like it or not, that's how it works."

BTW I've heard rumors that the bin Laden family wants to sue the U.S. for killing the worlds #1 terrorist. Might be crap, but some libtard would try it.