###
When choosing which fire engines to buy in 2005, Wilkes-Barre officials apparently wanted pumpers that could precisely proportion the mixture of foam and water used to fight fires.
###

To quote Tony DiNozzo from NCIS,"Lies make my ears itch, and BOY was that a BIG ONE!"
####
Records from the United States Patent and Trademark Office show just one patent assigned to KME-Kovatch Organization, which built the engines for $860,000. Filed in 2000, the patent relates to a system that monitors water flow and pressure to accurately add foam.
####

Our new engines DO NOT HAVE an onboard foam system. Wilkes-Barre seldom uses foam (in 18 and a half years, the ONLY time I've used foam was in training). We use a special nozzle called an 'Eductor' which uses a Venturi effect in a constricted stream of fluid.
This is it. 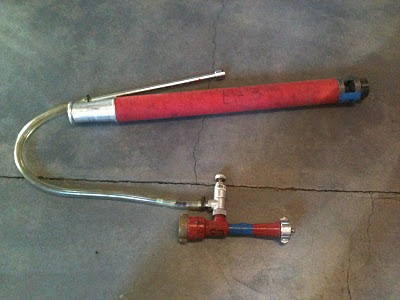 They've been around for DECADES.
This is nothing new to the department.

####
Despite the affidavit and despite citing the bidding exemption during Thursday's council meeting, Vinsko argued the city competitively bid the fire engines because it set up a committee of firefighters that issued requests for proposals for the fire engines.

We did NOT recommend KME, we DID recommend the American LaFrance.

So the list O' lies are:
1. We got a Grant
2. The city went through financial hardship to get the engines (IE it came from the general fund)
3. The money came from revenues from the city's emergency services tax.
4. It was part of COSTAS
5. KME got the bid because of a patent (of something OUR engines DO NOT HAVE)
6. There were bids
7. City used a state cooperative

Seven lies so far and NO end in sight. Eight if you count the, "$1 Million donation should be celebrated". (How were we supposed to celebrate something we were not made aware of?)

Here's something to think about. It is a definition.
Money laundering
Specifically;
Shell companies and trusts: Trusts and shell companies disguise the true owner of money. Trusts and corporate vehicles, depending on the jurisdiction, need not disclose their true, beneficial, owner.

There is something most definitely WRONG going on with this.